Update: On An Overgrown Path weighs in: Churnalism is destroying classical music
Update: A response from the Cremona Music Award's Paolo Bodini can be found in the comment section.
Update: A response from Norman Lebrecht, after two days of silence, also below.
Update: Gavin Dixon on the specific reasons behind Sokolov's distaste for Lebrecht.
Update: On An Overgrown Path delves into what the "Cremona Music Awards" actually are all about.

Because he shares a prize of the new Cremona Mondo Musica Awards with past (2014) winner Norman Lebrecht (check his tweets here), Grigory Sokolov refused his prize, calling it “a shame to appear on the same list”.

Translated into English, more or less, the text reads:


Dear Mr Bianchedi, Ladies and Gentlemen of the Artistic Committee of the Cremona Mondomusica Piano Experience

I refuse to receive the 2015 Cremona Music Award, because it goes against my ideas of elementary decency, and is [indeed] a shame to appear on the [same] list of winners with Lebrecht.

Original letter in Italian (above) and Russian below. 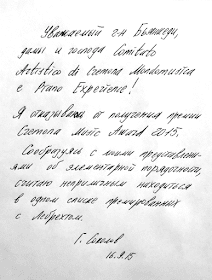 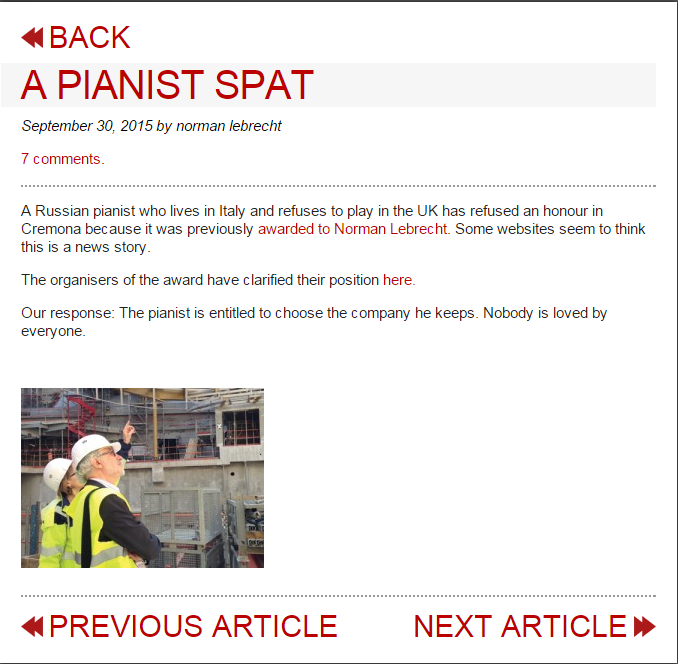